The Anti-Aging Breakthrough of Today!

Naturally occurring Nicotinamide molecules have recently seen more interest than any other supplement known to mankind. Growing research has discovered some marvelous effects of the coenzyme Nicotinamide Adenine Dinucleotide (NAD+/NADH) and its variants. NADH, NR, NAD and NAD+ are now considered the anti-aging breakthroughs of this century as researchers of the leading institutes (like the Harvard Medical School) have declared that they are the only molecules known to mankind to reverse and not just delay aging. This is HUGE and the internet and media are abuzz with news that we may reach eternity in this lifetime. Eternity is questionable, but these natural molecules have definitely shown anti-aging, weight loss and energy-boosting benefits that none others ever have.

Nicotinamide adenine dinucleotide (NAD) is one of the most important coenzymes in the cell. NADH plays a key role in the production of energy through redox reactions.

Many tag NAD as the Fountain of Youth; in normal healthy conditions, our bodies meet our needs for NADH by converting the coenzyme NAD+ produced from vitamin B3 (also known as Niacin, or Nicotinamide) to NADH through various catabolic reactions.

Mitochondria are our cells’ energy dynamos. They decay as we age. A prominent theory of aging holds that the decaying of mitochondria is a key driver of aging. While it’s not clear why our mitochondria fade as we age, evidence suggests that it leads to everything from heart failure to neurodegeneration.

Therefore, a methodology that helps sustain mitochondrial health can help us in achieving longevity and vitality even as our age advances. 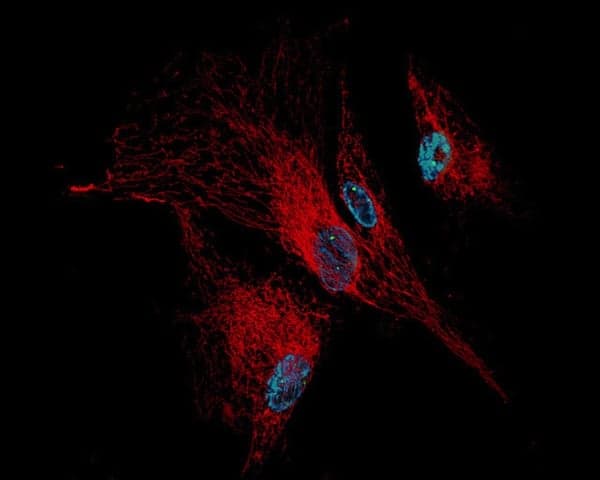 Recent research suggests it may be possible to reverse mitochondrial decay with dietary supplements that increase cellular levels of a molecule called NAD (Nicotinamide Adenine Dinucleotide).

The NAD story took off toward the end of 2013 with a high-profile paper by Harvard’s David Sinclair and colleagues. His lab made headlines when their report suggested that the mitochondria in muscles of elderly mice were rejuvenated to a youthful state after just a week of NMN (Nicotinamide Mononucleotide) injections, a molecule that naturally occurs in cells and, like NR, boosts levels of NAD.

Most of these articles tend to suggest that NADH will be available as a drug 3 to 5 years from now. Biogetica, however, has NADH available to all today! The reason behind this is the fact that we bottle naturally occurring NADH as a supplement which is very expensive to derive from food. Most pharmaceutical firms are synthesizing the molecule, and then claiming the synthesized molecule will work like the live food-derived one will. We, however, all know that molecules aren’t life!

NAD boosters might work synergistically with supplements like Resveratrol to help reinvigorate mitochondria and ward off diseases of ageing.

Even before Sinclair’s paper, research findings in 2012 had shown that lab mice fed high-fat diets and administered doses of NR, were 60 percent lighter than they were, when on the same diets without NR. Further, none of the mice on NR showed signs of diabetes, and their energy levels improved. The scientists reportedly characterized NR’s effects on metabolism as “nothing short of astonishing.”

Each new study has sent their price soaring and some quotes we have received are close to $1000 a gram, making naturally occurring Nicotamide variants the most expensive substances on earth presently. Luckily, Biogetica has been sourcing NADH from a high-quality Japanese source that has maintained its honor and originally agreed to price. We are, therefore, happy to bring you this wonder supplement at a price that all can afford and benefit from.

Scientists believe that this naturally occurring compound has exceptional rejuvenating properties and has been shown to repair DNA in the In Vivo tests conducted. This dramatic finding could well be the answer for treating a host of degenerative diseases, allowing vital organs, muscles and nerves, restore the regeneration process that undergoes normal deterioration with age.

Researchers at the Harvard medical school demonstrated that within a week of injecting NAD+ to 2-year-old mice; the tissues of the aged mice closely resembled the tissues of six-month-old mice. This led them to conclude that NAD+ could potentially reverse metabolic dysfunction and aging.1

The researchers claim this to be a breakthrough finding and could change the game for regenerative and anti-aging medicine. In fact, in a prior research study, a group of 50 women with visible signs of photo-aging, on applying a 5% nicotinamide topical application for 12 weeks, had significant skin appearance improvement effects and showed reduced instances of red and yellow blotchiness, lesser fine lines and wrinkles, and improved elasticity.3

Most of these articles claim that these molecules will be available in 5 years or so. However, Biogetica as usual is ahead of the curve and we have these groundbreaking molecules available today!

So, What Is This Wonder Molecule Actually About? 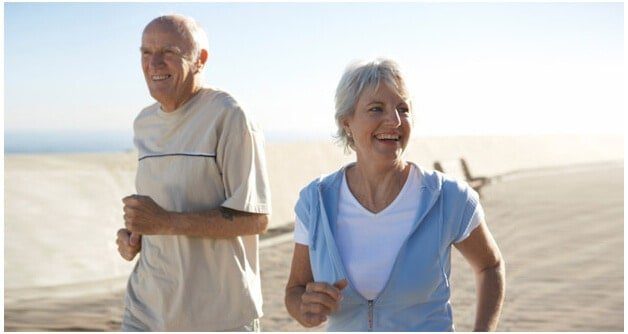 To begin with, Nicotinamide (Niacinamide), Nicotinamide riboside (NR) and Nicotinic acid (Niacin) are created from vitamin B3 (Niacin) in healthy cells. As we age our ability to create NADH from B3 diminishes drastically and this then sets off the downward spiral of mitochondrial decay, lower energy and faster aging.

Now, you may have noticed different types of nicotinamide configurations, especially if you’ve read the articles on the anti-aging breakthrough of the century. However, don’t get confused; we’ll sort out the names for you. NAD+ and NADH are just the oxidized and reduced forms of the coenzyme NAD respectively, and NAD is synthesized in the cells from Vitamin B3 and its precursors. It is also important to note that most firms are now on the synthetic Nicotamide bandwagon as natural NADH is way, way more expensive than synthetic NR.

The 4 major precursors for the production of NAD include:

What Are The Best Resources Of NAD? 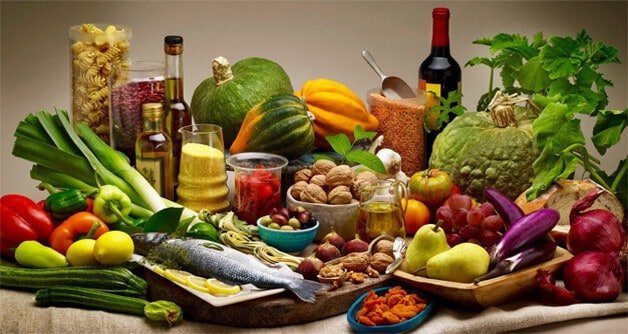 Since Vitamin B3 is the major precursor in the formation of NAD. Milk, seafood and poultry products are the best bet for getting B3. Other sources include spirulina, avocados, kidney beans (sprouted), buckwheat, sunflower seeds, sprouted grains, legumes and asparagus.

Studies suggest that quality sleep helps your body not only repair itself but also helps it produce more amounts of NAD.

In addition, evidence suggests that moderate exercise increases cellular energy and consequently the production of NAD.

However, all this happens only in healthy young cells. As you age the ability to convert B3 into NADH reduces drastically and hence the downward spiral of ageing accelerates. Older people make less NADH, which makes their mitochondria produce less energy. Consequently, they are more lethargic and all these factors contribute to accelerated ageing and even more rapid mitochondrial decay. Increasing NADH levels in your body, therefore, seems to be the best way of getting off this spiral today! With enhanced NADH levels in your body, you potentially regain the energy levels of our youth, stay more active, stay slimmer, and ward off a host of degenerative diseases that occur once the mitochondria start to degenerate.

Converting B3 to NADH is a long process that needs youth and ample B3.

4 mg of NADH is generally considered to be a big dose and our pills blend it with other natural substances for enhanced absorption and synergistic action. Everyone can benefit from NADH and you should pick the pill that suits your needs and family history the most. Our Doctors can help you do so.

NAD+ and NADH can be incorporated into supplements and medicines for amplifying their therapeutic effects. In fact, bioavailability tests have confirmed that NADH if given orally or intraperitoneally, significantly increases NADH amounts in your brain.4 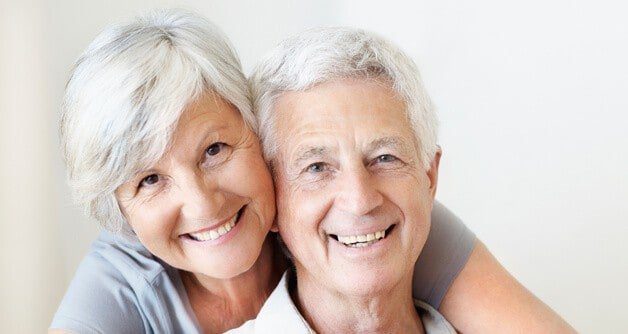 Biogetica started research on NADH in 2009. Today we’re possibly the only firm bottling these groundbreaking molecules in their natural form. We spend the extra amount to do so as synthesized chemicals cannot mimic life. Our NADH molecules are synergistically combined with other natural substances, which enable and enhance their action in the body. The actual amount of NADH needed is small but its action is HUGE. Also, the amount of food needed to make a small amount of NADH is huge!

Recent interest has caused prices to soar. We’ve seen quotes go up from $30 a gram in 2010 to the latest $1000 a gram. Luckily, our Japanese source has honored their original agreement and we continue to offer you affordable, high-quality natural NADH for a limited time!

Which NADH Product Is right For You?

Several of our groundbreaking, clinically profiled products incorporate NADH for maximum bioavailability and effect within your body. The NADH in these products is synergistically blended with other herbs and nutraceutical molecules.

We presently blend NADH in 5 of our groundbreaking products. We all need NADH, and you can pick the product based on your body’s current needs and family health history. You may consult with our Doctors for free if you are not sure which of these products will serve you the best.

For example, if you wish to:

Either way, you will get enough NADH and it will come in a manner that suits your specific needs.

We’ve made sure that we include the highest quality, potent and pure NADH in our specific range of nutritional supplements so that you reap its benefits today!

Add to Cart
0
0
Your Cart
Your cart is empty
Apply Coupon
Please Use Coupon code "bloom" for 18% off today!